Inspired by this emblematical instrument as universal and firmly rooted in our regional culture, the Carrefour mondial de l’accordéon carries us in a musical whirl at the discovery of all the accordions of the world. Every September, the event mobilizes the interest of thousands of festival-goers ready to vibrate to the rhythms of the accordion planet.

Cultural event with an international influence, the Carrefour mondial de l’accordéon grew and flourished in Montmagny to become one of the most important cultural manifestations in Chaudière-Appalaches. Its attractiveness contributes to the region’s positioning in the circuit of cultural tourism and generates major and recurrent economic gains. 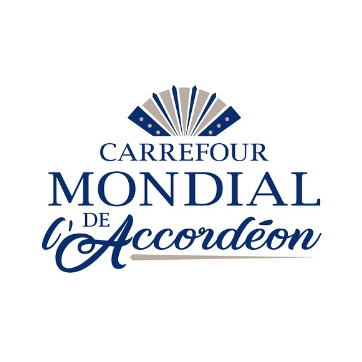 Since its creation in 1989, its inexhaustible capacity to generate original and daring programs joins every year festival-goers coming from everywhere to participate in these happening reuniting accordionists of nowadays music scene. Those intense days of music are punctuated by various activities, each of them tinted with a multicultural nature dedicated to openness to the discovery of the festival: indoors and outdoors concerts, dance evenings, accordion classes, lectures, exhibits, and musical animations for kids as well as in restaurants.

Close to its mission of raising people’s awareness for the accordion and its musical practice, the festival developed 3 significant projects allowing to maintain its dynamic presence all year long: the Musée de l’accordéon, the École internationale de musique de Montmagny, and the spring music festival La Dégelée!